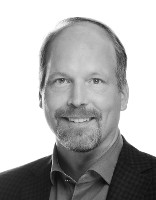 Johan Trygg is a full Professor in Chemometrics at Umea University, Sweden.

Johan has the last 20 years pioneered the development of Chemometrics on improving model interpretation, data integration and visualization of large complex multivariate data. This includes the OPLS solutions and its extensions in use by more than 200 companies and institutes and most of top 50 pharma companies. Johan has applied his research within forest and biotechnology, personalized medicine and recently in (bio) pharmaceutical process development and manufacturing. Johan has recently also expanded his group’s research focus to include Deep learning and Mechanistic modelling.

Johan received his PhD in 2001 from Umeå University in Prof. Svante Wold’s group and became full professor in Chemometrics in 2012. Since 2015, Johan is besides Umeå University, also a visiting professor at Imperial College, London (J. Nicholson) and Head of R&D, Umetrics (now part of Sartorius Stedim Biotech).

His scientific track record includes 160 publications, 16000 citations, H-factor of 46 along with six granted patents and several awards including Baltic award for innovation and entrepreneurship (2012), Herman Wold medal in pure gold (2009) and Elsevier Chemometrics award (2008). Johan was also the Associate Editor for Journal of Proteome Research during 2015-2016 and since 2009 he is the Chair of the Chemometrics division, Swedish Chemical Society.